Is It Ethical To Purchase Human Organs? 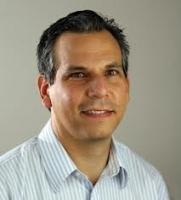 Professor of philosophy Samuel Kerstein on the ethics of a regulated kidney market.

Professor of philosophy Samuel Kerstein writes about the ethics of a regulated kidney market in an opinion piece in the Guardian:

"Organ transplantation saves lives. People with end-stage kidney disease who receive a transplant tend to live much longer than those who undergo dialysis. A kidney from a living donor will last from 12 to 20 years, on average, compared to eight to 12 years for a kidney from a deceased donor.

"But there is a shortage of organs. In the United States, the waitlist for kidneys alone is around 100,000. Those waiting for kidneys make up most of the 120,000 people awaiting organ donation. The need for kidneys has led some to ask: would purchasing organs be a solution?

"Since 1988, approximately three of every four kidneys for transplantation have come from deceased donors, the rest from living donors who give one of their kidneys to a relative, loved one or even a stranger. In the United States, live donation seems quite safe. A recent study found that kidney donors have only a slightly higher absolute risk of developing end-stage kidney disease than healthy non-donors."

Read the entire piece at the Guardian.