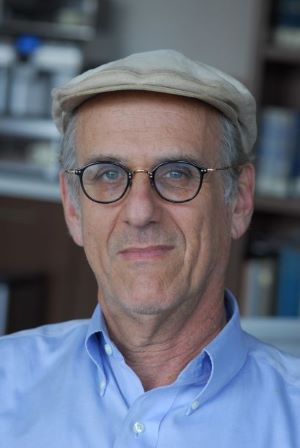 Charles H. Manekin (PhD, Columbia) is Professor of Philosophy and recently Director of the Meyerhoff Center for Jewish Studies. The focus of Manekin's research has been Aristotelian and humanist logic in Hebrew, the philosophy of Levi Gersonides, and the free will problem in Jewish philosophy. He has written books on Gersonides and Maimonides and has co-edited several collections of articles on Jewish philosophy, including Interpreting Maimonides, published by Cambridge University Press (2019). He has also edited and translated collections of Jewish philosophy for Routledge and Cambridge. Manekin received grants from the National Endowment for the Humanities (1985), the Yad Hanadiv Foundation (1991-1992), and the Memorial Foundation for Jewish Culture (1999-2000). He was awarded a three-year Collaboration Grant from the NEH to prepare a translation and revision of the standard reference work on medieval Hebrew translations from the Arabic and the Latin. The first volume appeared in 2013, and the second volume is to appear in 2019. Manekin taught at Hebrew University and Ben-Gurion University in Israel, and was a Visiting Senior Lecturer at Bar Ilan University. In 2018-2019, he was the principal investigator and co-director of a research group on Aristotelian logic and its impact on medieval Jewish cultures at the Israel Institute of Advanced Studies.